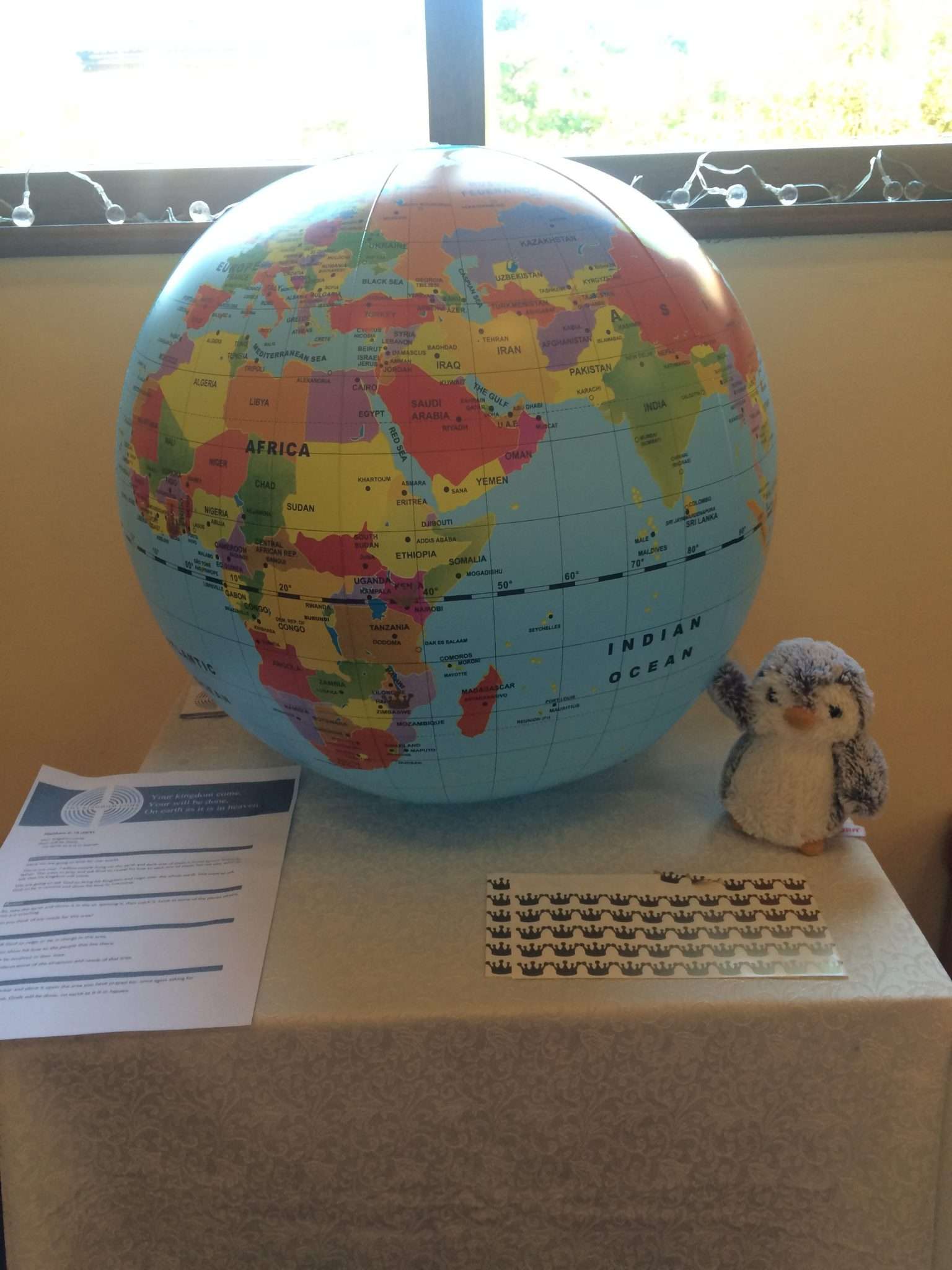 Thy Kingdom Come is a global prayer movement, which invites Christians around the world to pray between Ascension and Pentecost for more people to come to know Jesus Christ. (www.thykingdomcome.global)

This year, Thy Kingdom Come ran between the 25th May – 4th June and involved Christians across the denominations and all around the globe. Some people prayed individually, setting aside time each day to pray for more people to come to know Christ, whether these were there friends, neighbours, colleagues or people they’d never met before. Others prayed together as a family, allowing both children and adults to take part and encounter God. Others still, prayed corporately as a church: holding services or prayer meetings, keeping their churches open 24 hours a day for prayer, hosting prayer stations.

Through this initiative, Christians across the world came together with one prayer: Thy Kingdom Come.

At my home church, St Wilfrid’s in Cowplain, we hosted a series of prayer stations based upon the Lord’s Prayer. The church was opened each day between 9am – 5pm for the two weeks leading up to Pentecost (this was initially planned as one week, but a mistake on our fliers convinced us to extend to two!). Throughout this time, anyone was welcome to come inside to pray, guided by a series of prayer stations around the church. Arnold took a trip into the church to try them out:

Our first station was a ‘Stilling Station’, that allowed us to be calm, let go of any distractions and to focus upon God. We had a small water feature that created a lovely rippling sound and was wonderfully cool to dip your finger (or flipper) in.

Moving around the church, our next station was based on ‘Our father in heaven, hallowed be your name’. Here, we were able to look through various images depicting fathers (although sadly no penguin fathers) whilst thanking God for his father like qualities. We were also able to focus upon the story of the prodigal son, knowing that no matter how far from God we run, he always welcomes us back home.

The next station we visited was based on ‘your kingdom come, your will be done, on earth as it is in heaven’. The line from the Lord’s Prayer that encompasses the whole of this prayer initiative, this station allowed us to pray that God’s kingdom could be seen across the world. We had a giant inflatable globe (about four times as tall as Arnold) and were instructed to throw it into the air and catch it again. We then spent time praying for the countries that our hands were touching as we caught the globe. When we had finished we then stuck a crown sticker on these countries to symbolise God’s kingdom coming in these places. This was a wonderfully fun and simple way of praying for different places all over the world.

The next part of the Lord’s Prayer is: ‘give us today our daily bread’, where of course we had to have a nibble on some bread, focusing our minds upon the necessities that God provides for us every single day. We then had the opportunity to create something that we were grateful to God for, out of play dough, and thank God for it! I created a fish because they’re so tasty, and my friend Monty!

We then took a short detour away from the Lord’s Prayer to visit our two additional prayer stations! Firstly, we had created a prayer ‘tent’ within our old organ loft, which included fairy lights, beanbags to sit on, various books to read and a prayer wall covered in post-it note prayers. This area was beautifully created to provide a quiet, comfy area to pray inside. Just outside our prayer tent we were able to create a simple bracelet made of coloured threads with five knots in. These knots each symbolised a friend that we wanted to pray for to come to know Christ. We could then take these bracelets away with us to remind us to pray for these five people!

Joining back to the Lord’s Prayer, the next station looked at: ‘forgive us our sins, as we forgive those who sin against us’ where we used Russian dolls to pray about the sins that we have committed, asking God for forgiveness, the people that we have hurt as well as the people that have hurt us and others we know, asking for God’s help to forgive these people. This station was especially poignant in the wake of the terror attacks in both Manchester and London.

Our penultimate station, ‘lead us not into temptation, but deliver us from evil’, allowed us to pray for protection from evil as well as strength to turn away from temptation. At this station, there were several written guides to lead us as well as flowers and a maze to focus upon. We were also able to respond by writing our thoughts and prayers upon a post-it note.

To finish our series of prayer stations, we had the opportunity to use various different art materials from watercolour paints, to pencils and chalks. Through these we were able to depict our own thoughts and prayers around: ‘for the kingdom, the power and the glory are yours, now and forever. Amen.’, exploring how different people imagine God’s kingdom, power and glory looking. This was an extremely popular station, with people of all ages visiting the station many times over to express new thoughts and try new methods.

I absolutely loved exploring these prayer stations as they provided fun, interactive ways for me to meet with God as well as delving deeper into the words of the Lord’s Prayer. Many people came and visited the church in this time, with many commenting on the beautiful atmosphere. Others told us that the prayer stations really helped them in knowing what to pray for and how to go about it and were especially glad that people of all ages were able to interact with the prayers, allowing families to go around and pray together.

I’m very much looking forward to seeing what is created next year for Thy Kingdom Come, however we don’t have to stop here – we should be continually praying for God’s kingdom to come all across the world throughout the year! 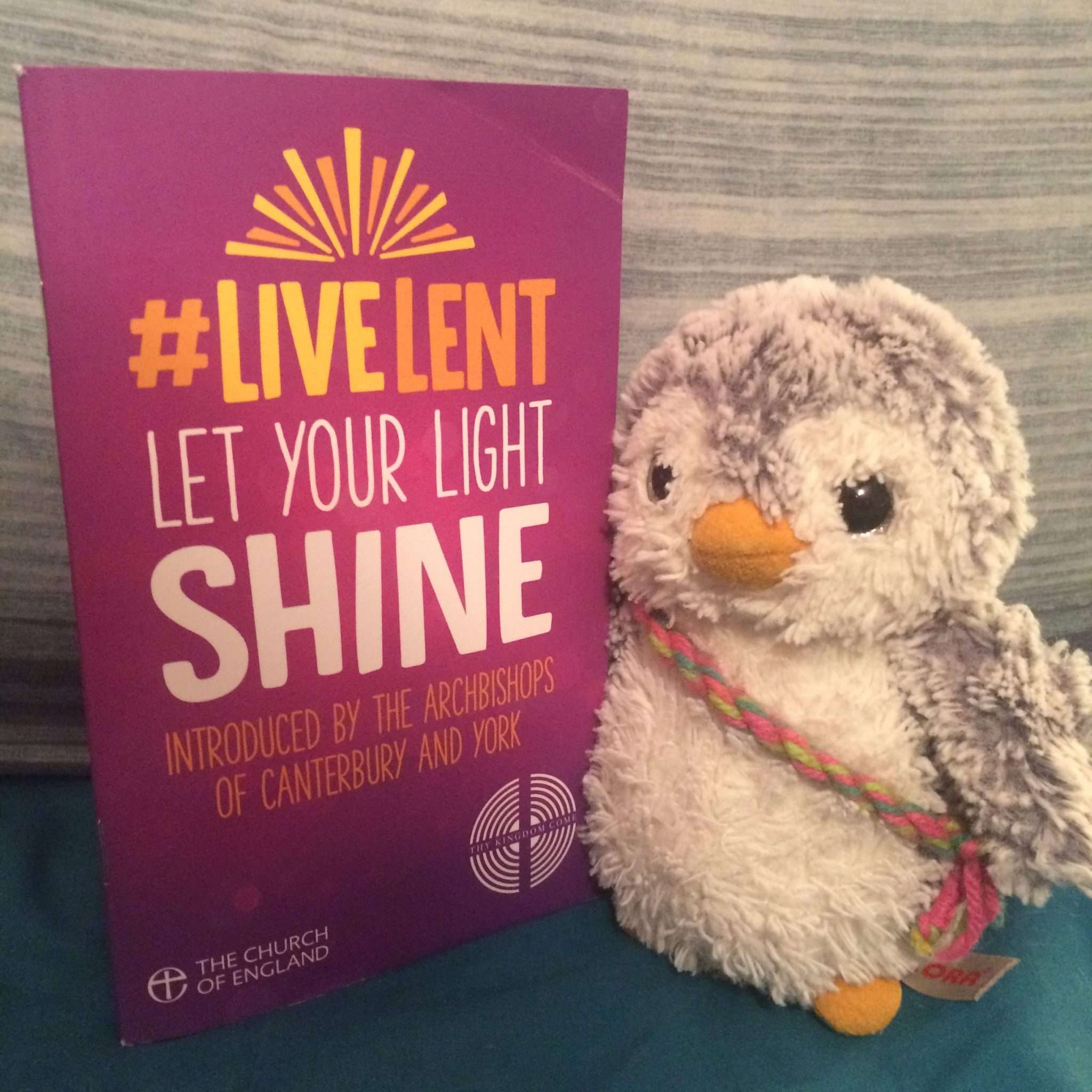 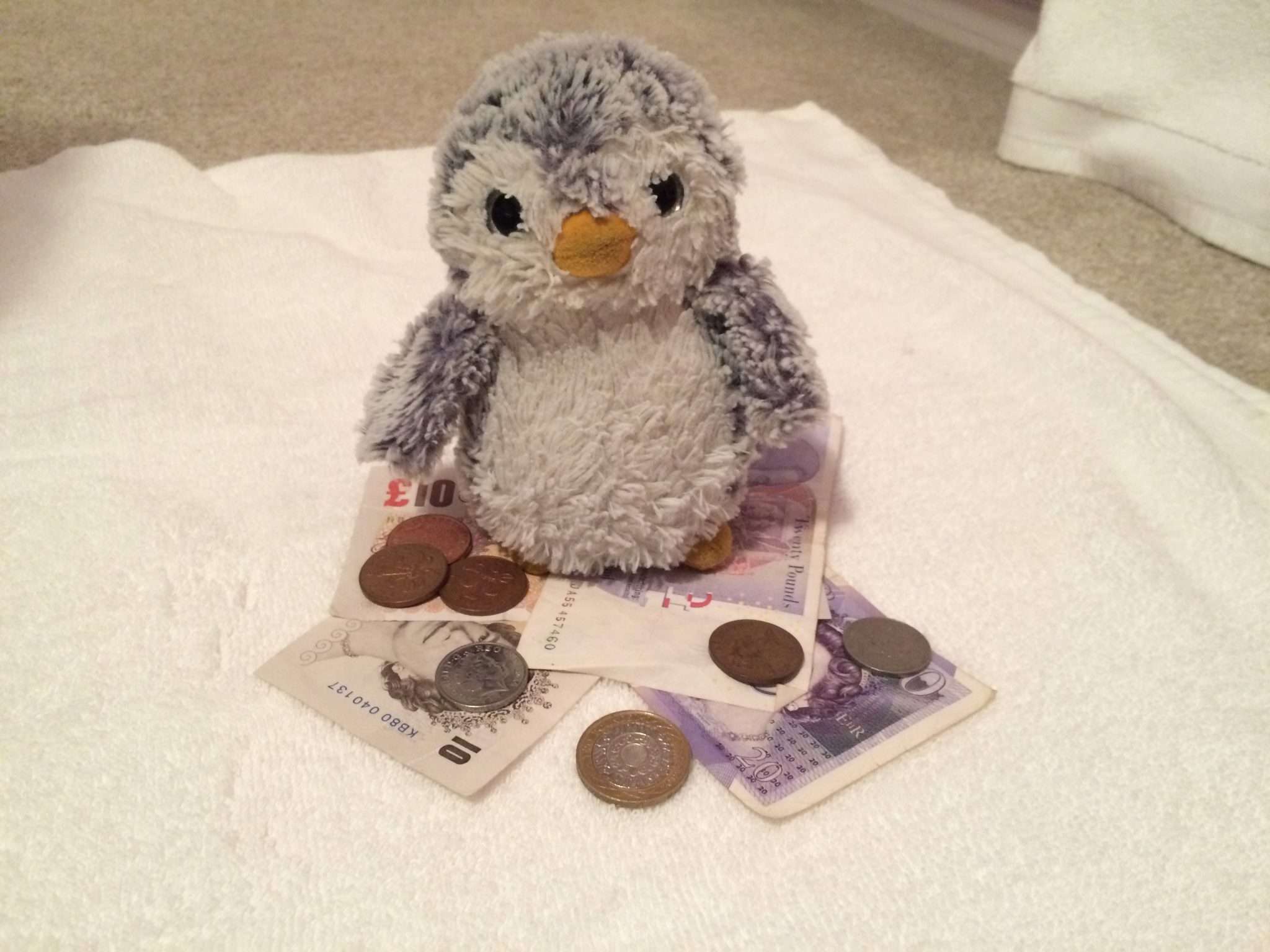 Happy Giving Tuesday!   Today is a worldwide day of generosity and giving to charities – so I thought I’d take this […] 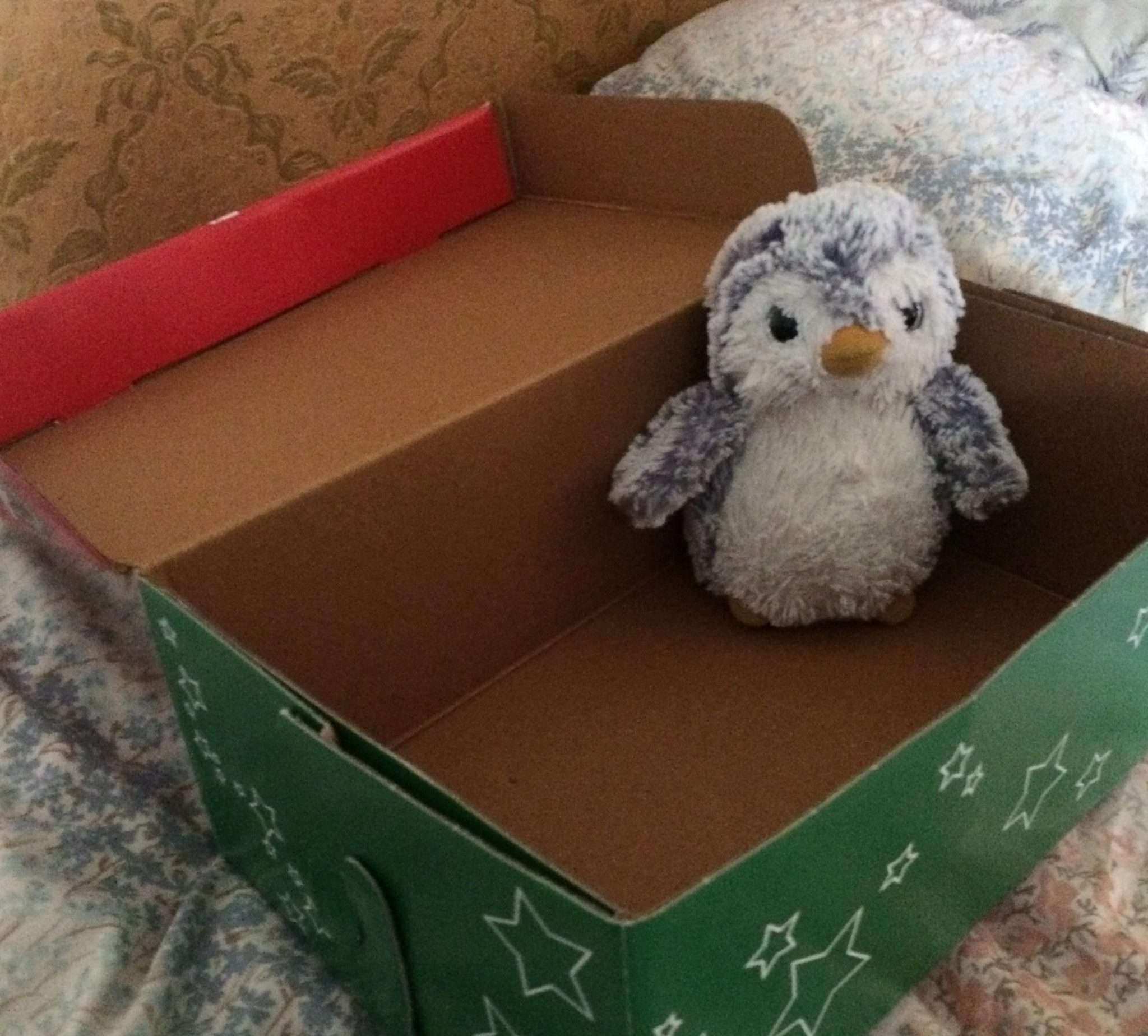 “The mission of Operation Christmas Child is to show God’s love in a tangible way to needy children around the world, and […] 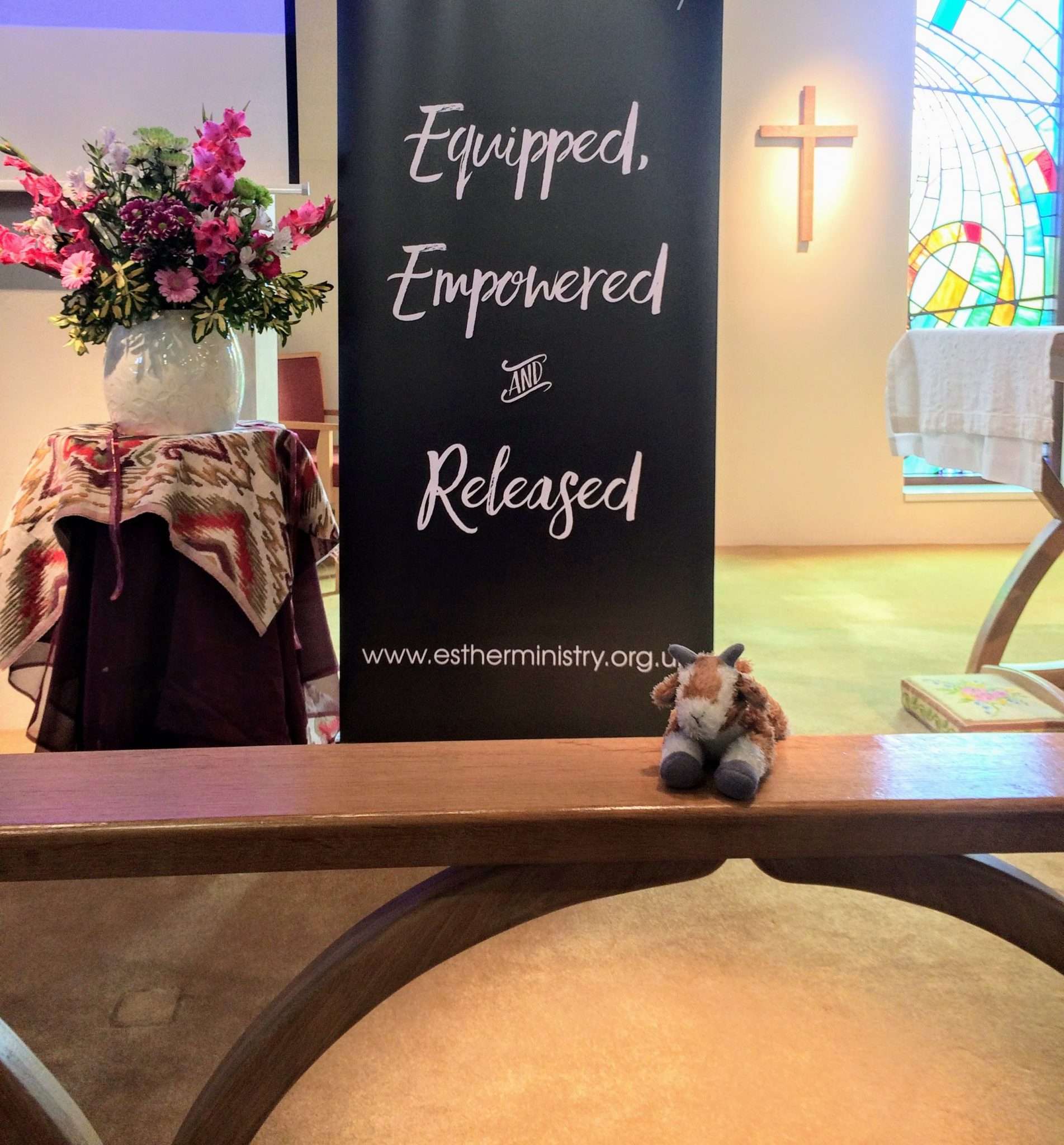 Earlier this year, I started to get super excited. I heard that this October, we were going to have an Esther Ministry […] 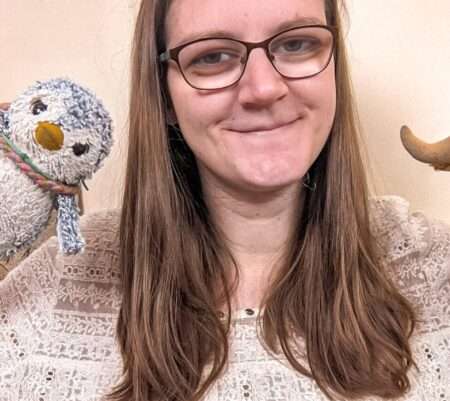 Prayers for The Queen’s Platinum Jubilee

You were never just a clump of cells. Today is a

Why should we memorise scripture?🌻 We all have

Dear God, this Fathers Day we thank you for the me

This weekend in the UK, we are celebrating Father'

Have you ever tried memorising scripture? God's

Dear God, whilst other news pops in and out of our

World Prayers🌍 🌱 Pick a country - it could

How are you taking part in #ThyKingdomCome this ye 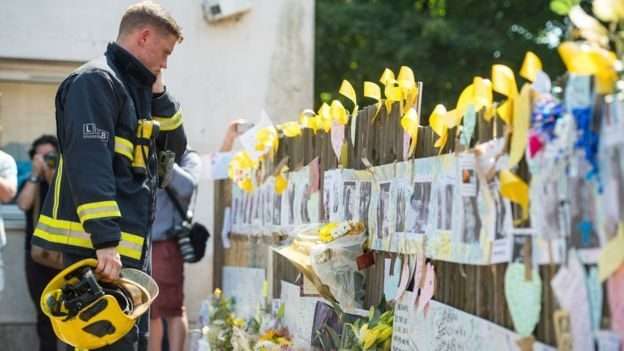